Why Does FXG Want Certification That CSP's Are Tracking Hours Worked?

In case you haven't noticed yet, there will be a new compliance question that you are going to be asked to answer in your Annual Compliance Certification (ACC) this year.

On the surface it appears harmless, but FXG thought it important enough to include in the certification process, and, may have even delayed this year's process to facilitate its inclusion.

There is a lot of speculation, but there is a reason why you should not take this lightly....

In a nutshell, you are going to be asked to certify that you have a way to keep track of your employees hours. 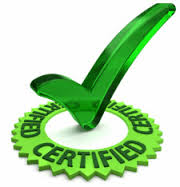 Well, let's look under the hood.

First, there doesn't appear that there is any implied meaning here.

It just means what it says: "Do you have a formal system for recording and maintaining records of the hours worked by your employees?"

Certifying that you have a way to track hours does not mean that you are going have to pay your drivers by the hour or any overtime.

Overtime rules are established by the Fair Labor Standards Act (FLSA). But, as a

consequence of the Motor Carrier Act of 1935, drivers, driver's helpers. loaders and mechanics are exempt from the FLSA overtime rules.

However, it could be that based on some local and state laws and rules, it may be required anyway. The best advice here to know for sure is to ask your accountant.

Why Are They Asking Me To Make This Certification?

Contrary to what might have been your first thought, this is not FXG's way to make you pay your drivers overtime, or by the hour. They simply want you, to tell them

(certify), that you have a method in place that is more sophisticated than writing notes on a legal pad somewhere, to track hours worked. They are not asking you to report anything to them.

You see, there are probably a whole host of not-so-obvious reasons that FXG may want you to do this.

We think a main one is to provide a way, for them, to avoid being included in any lawsuits that would involve any type of hours reporting issues resulting from the operations of their contractors.

When most types of legal actions are being contemplated, most slick attorneys will

want to include FXG in any given lawsuit because it is perceived that FXG has something (money) to get. Just suing an individual contractor may not yield a big enough payday. So, why not include FXG?

This may be an effort to deflect these types of situations.

We are not FXG management, or do we claim to know anything about the real reasons for this new requirement. But, one thing looks to be pretty clear: sooner or later, you are likely going to have to start tracking your employee hours, no matter how you pay them.

You'll likely have to record clock-in's, clock-out's and breaks. Even if the employee "signs" in and out, you'll probably end up needing a way of recording these too.

What Does This Mean For Me?

Which brings us back to you recording your employee hours. There are already many situations where an employee (and their legal representation) may sue you and FXG over the issue of hours worked. You need to not go too much further than the recent rulings in the 9th circuit to see where this might come into play. 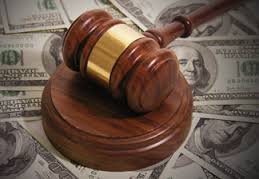 But there are also a host of other situations (think wage and hour disputes, overtime, accidents and on and on) where recording employee's hours are part of the picture.

So in the future, when most any of these legal actions are brought, and they contain the issue of employee work hours, FXG will just pull out your latest Annual Compliance Certification which will then state that you are in charge of your own employee hour recording. This will  ultimately lead to them being able to exit many more lawsuits than they do today. 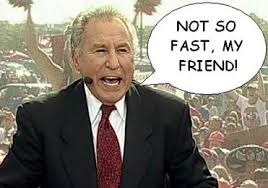 What's a poor plaintiff's attorney to do if they can't sue FXG? When they look into the eyes of their client, they see the reflection of dollar signs because they think they can include the words "FedEx Ground" in any lawsuit that they would file.

When recording hours worked for your drivers is any kind of issue, they are going to be very disappointed when they see documentation that eliminates FXG from having to participate in the suit.

This will drastically limit complainant's payday. The attorney doesn't want to have go to their client and say, "Sorry client, FXG is out, I guess we can't get any money now".

So, now armed with the documentation that shows you certified to FXG that you have established a formal system for recording and maintaining records of the hours worked by you employees, the fun and games can continue, just now not with the allure of big FXG dollars dancing in everyone's heads.

The lawsuit will now become much more focused on you and your ability to fight it off. Now all they have to do is get you to produce your employee time records to continue. Pretty simple.

What's that you say?

You certified to FXG that you have this system in place, but you really didn't?

You want to use your driver logs produced by your EOBR?

Awe shucks! It would have been a lot more fun to go back and forth on this. Never mind. Just pay on your way out of the courtroom please.

You see, FXG's motive may be to get THEMSELVES out of being named in lawsuits. That's fine, but what it really does is leave you with exposure to doing what you said / certified / documented you would in the Annual Compliance Certification (ACC).

What Action Should You Take?

We've heard some are say, 'I'll just certify it then and not worry about this little problem anymore. I don't need to bother about putting any type of system to track employee hours in place'.

Again, not so fast!

Remember, you are documenting that you do have a system in place to track hours worked by way of your (ACC). 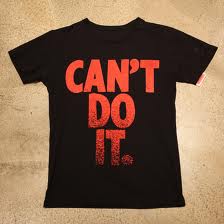 You will be playing with fire if you document something, and then not really do it.

If it doesn't and you wind up having to produce hours documentation, for any of a host of reasons, then you could ultimately lose your business...or worse.

The safe play would be to utilize a time-keeping system like the one in eTruckBiz For FXG. Here you can have your employees track their own hours. There are actually some important business benefits to doing this like:

The bottom line is this:

Don't certify to something that you don't actually do. Those of you who have been in this business long enough know that the day will come when you will wish you didn't.

The best way to see all the benefits that eTruckBiz For FXG can provide you is to see it in action: