DROwning in a Tsunami of Changes

We recently hosted a webinar that obviously struck a chord with many Contract Service Providers (CSP’s). Attendance for the webinar was sizable. The topic was Dynamic Route Optimization, more well known by its acronym, DRO, which has understandably created a generous amount of frustration. 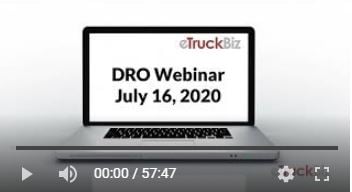 DRO is now the tool that connects CSP’s to FXG vehicle preloads whereas in the past FXG hired Vision Coordinators who would enter preload information into each terminal’s logistics system on behalf of the Contractors, then manipulate it to produce the order in which delivery trucks were loaded with packages. The Vision Coordinators were a critical link to a Contractor’s work day.

Then, with the implementation of the DRO, FXG is phasing out the position. The good news is CSP's now control their own load plans’ changes and adjustments. The bad news is the new system is unlike the old system. Not only is it the Contractors’ responsibility, the new system is unfamiliar. 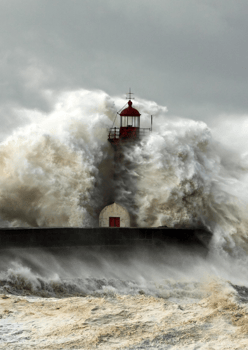 In the past, the increased volume of residential packages was a roughly six week period from Thanksgiving to Christmas referred to as Peak. Contractors prepared by hiring extra drivers, renting trucks for temporary usage, and covering the weekday surges with additional weekend work.

It's a Changing World

Residential package volume levels for the past several months have only added to the strain of learning a new loading system. Ideally, Contractors would have learned to use the new system during fairly low volume levels. But like everything else that’s occurred in 2020, the situation is far from ideal.

Amplifying the importance of learning the new system is the fact that FXG is negotiating the amounts they’re paying to Contractors for delivering packages classified as e-commerce deliveries. Common sense says that if residential package volumes are greater than before, then the “density” of those deliveries will also be heavier. Therefore, economies of scale would result in Contractors receiving more income per square mile due to there being more packages onboard to deliver along a truck’s route.

CSP’s can no longer continue running their routes along fixed daily patterns as they could in the past. If given a chance, DRO will be the tool providing the ability to adjust routes based on highly fluctuating package volumes. So, why all the frustration?

Contractors are human. And as humans we appreciate the familiar by adapting new tools to the ways we used our old tools. Approaching DRO thinking that it's similar to its predecessor known by its acronym, AWAD, is a mistake. Most CSP's want to continue running their businesses the same ways they’ve operated them in the past. Unfortunately, that’s a recipe for disappointment. 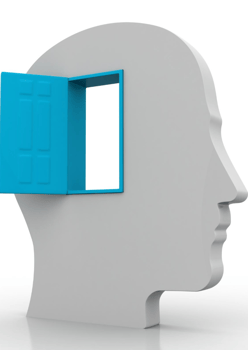 However, the CSP’s who approach DRO with an open-minded view understanding the programming hierarchy is different will experience less frustration finding a successful solution using DRO. Granted, challenges such as delivery time windows are causing confusion within the new system, but that, too, can be overcome.

Another way to prepare for DRO is working on  a company's driver culture. Drivers must understand change is happening and essentially That DRO is the best optimized way to run their routes if they will trust the system. The caveat is the system must be set up correctly in the first place. Ultimately, the system teaches your drivers how to deliver in proper sequential order of delivering from a step van.

As with most changes, being prepared eliminates a majority of frustrations. Our coaches have already observed that CSP’s who spend more time preparing their drivers for change experience less frustration than those who spend less time preparing their drivers. Driver culture is a huge aspect that can easily be overlooked. One critical component of using the new DRO system successfully is adjusting a company’s employee culture to accepting and adapting to changes.

The output, or the solutions that CSP’s will experience, are only as effective as the setup and the systems applied when converting to the DRO system.

Our coaches have assisted multiple Contractors through the roll out stages and eTruck has created a systematic approach aligning the principles of engineering used by real transportation companies. If you’re interested in engaging with a coach for a short period to learn more about DRO, reach out. We're here to help Contractors succeed.