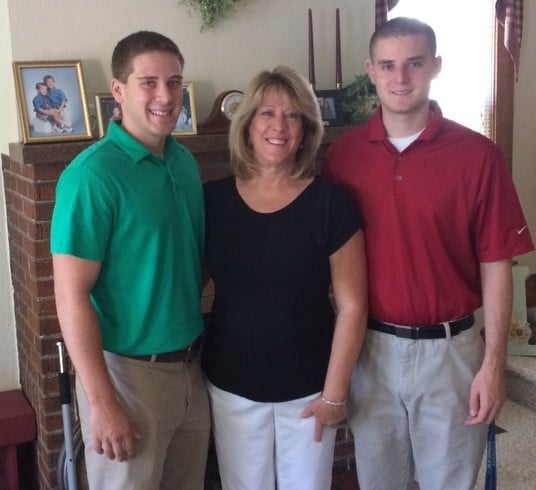 The first Unboxed event in Ft. Lauderdale, Florida, was our last pre-COVID event. For that reason, the two-day seminar held in February will always stick in my memory. The pandemic had not yet reached the United States. Socializing in-person was normal.

The poolside cocktail party stands out because it was a perfect sunset over the harbor, and I had the pleasure of meeting many successful Contractors there. One of the best aspects of my job is people sharing their stories of becoming FedEx Ground Contractors and what it means to them today.

In particular, Ron Levine and his son, Scott, entered into the transportation business unconventionally. Neither worked as a driver, nor a package handler, and they did not know anyone already in the business.

He Drove Up to The Gate and Pushed the Buzzer

Ron and a business partner had earned enough money available to invest in a new opportunity. They had participated in the sale of a waste hauling business venture. Finding an available opportunity to invest in was limited by the fact that Ron wanted to keep his family in West Virginia. 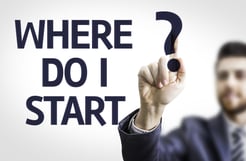 HIs son was not yet finished with his education and wanted to continue his studies at a public university. So, Ron searched online for businesses with some similarity to covering an area with drivers.

He looked at buying various companies that delivered bread, milk or other perishables, but none provided the potential revenues he desired.

Eventually, he watched an online video describing how to become a FedEx Contractor. He knew the location of a FedEx facility in Bridgeport, WV, and decided to go talk to the person in charge.

Ron drove up to the FedEx facility's front gate. No guard was present, so he pressed an intercom button at the guard shack. He then spoke into the microphone saying, "You don't know me, but I'm here to buy a FedEx business."

The terminal manager listened and was intrigued by the bold move. He invited Ron inside for a conversation.

Ron convinced the terminal manager that he could handle being a Contractor because he was experienced in making sure trucks stopped to pick up trash. Going forward, the difference was the trucks would be dropping off boxes soon to be trash instead of boxes that were already trash.

He Enjoys the Game, But It's Exhausting

Ron's business is one of the most successful in the Ground system because his team pays close attention to their numbers. It's not always easy, but it's rewarding.

Ron says he implemented a new culture inside the business from his first day as the owner. He let the drivers know that they didn't own "routes." They worked as employees handling whatever deliveries needed handling. He had come from the waste hauling business so he wasn't intimated by having to recruit new drivers. 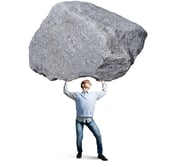 "Why recreate the wheel?" is Ron's philosophy when it comes to negotiations. Plus, he likes the reporting from the eTruckBiz negotiations team - especially the two-page summary. "Why read the novel when you can read the short story version?" he asks.

Ron and his son attended training courses at eTruckBiz headquarters not long ago. The Levine's were extremely helpful to their classmates because of their willingness to share what they'd learned from their own experiences.

I recall Ron saying, "This truly is a very profitable business. It's exhausting at times, but it's worth it."

And that's the truth. There are no "easy buttons" nor "magic wands" to becoming successful. It's tiring, but ultimately worth the investment.

The Levine's are a fantastic example of success and they have an interesting story to tell. I encourage you to read the profile on our website.

Plus, you can listen to a recent podcast with Ron about contract negotiations.